FM93.8 – They Are Making A Difference 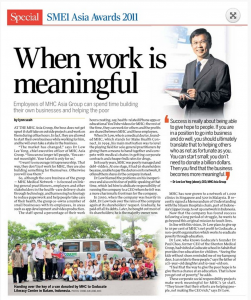 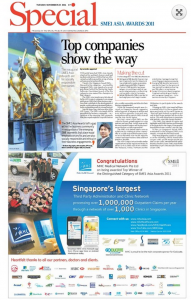 “Success is really about being able to give hope to people. If you are in a position to go into business and do well, you should ultimately translate that to helping others who as not as fortunate as you. You can start small; you don’t need to donate a billion dollars. Then you find that the business becomes more meaningful.”

At the MHC Asia Group, the boss does not get upset if staff takes on outside projects and work on them during office hours. In fact, they are allowed to start their own business while working for him, and he will even take a stake in the business.

“The market has changed,’ says Dr Low Lee Yong, chief executive officer of MHC Asia Group. “You can no longer tell people, ‘You cannot moonlight. Your talent is only for us.”

“I want to encourage intrapreneurship. That way, they don’t just work for MHC; they are also building something for themselves. Otherwise you will lose them:’

So, although the core business of the group — MHC Medical Network — is focused on linking general practitioners, employers and other stakeholders in the health-care delivery chain through technology, and harnessing technology to reduce paperwork and help people take care of their health, the group co-owns a number of small businesses with its ernployees, in areas such as app development and video production. The staff spend a percentage of their work hours creating, say, health-related iPhone apps or educational YouTube videos for MHC; the rest of the time, they can work for others and the profits are shared between MHC and these employees.

When Dr Low, who is a medical doctor, founded MHC which stands for Make Health Connect, in 1994, his main motivation was to level the playing field for solo general practitioners by giving them a means to band together and compete with medical chains in getting corporate contracts and cheaper bulk rates for drugs.

In its early years, MHC was poorly managed and debt-ridden. At one stage, it had 50 shareholders because, unable to pay the doctors on its network, it offered them shares in the company instead.

Dr Low blamed the problems on his inexperience and also on his fear of public speaking at that time, which led him to abdicate responsibility of running the company to a CEO whom he felt was a more charismatic front man for the company.

MHC has now grown to a network of 1,000 clinics in Singapore and 500 in Malaysia. It recently signed a Memorandum of Understanding with the Siloam Hospitals chain, part of Indonesia’s Lippo Group, to set up a network in Indonesia.

Now that the company has found success following a long period of struggle, he wants to go beyond this original mission to touch lives.

In line with this vision, Dr Low plans to give up to 10 per cent of MHC’s net profit to Goducate, a non-profit organization which works to eradicate poverty through education.

Dr Low, who knows Goducate’ s founder Dr Paul Choo, former CEO of the Shenton Medical Group, had visited a Goducate school in Sabah that provides free education for children. “Seeing the kids without shoes reminded me of my kampong days. I can relate to these people” says the father of a 21 -year-old daughter and 19-year-old son.

“I feel that the way to give the poor hope is to give them a chance at an education. That is how you get out of poverty,” he adds. 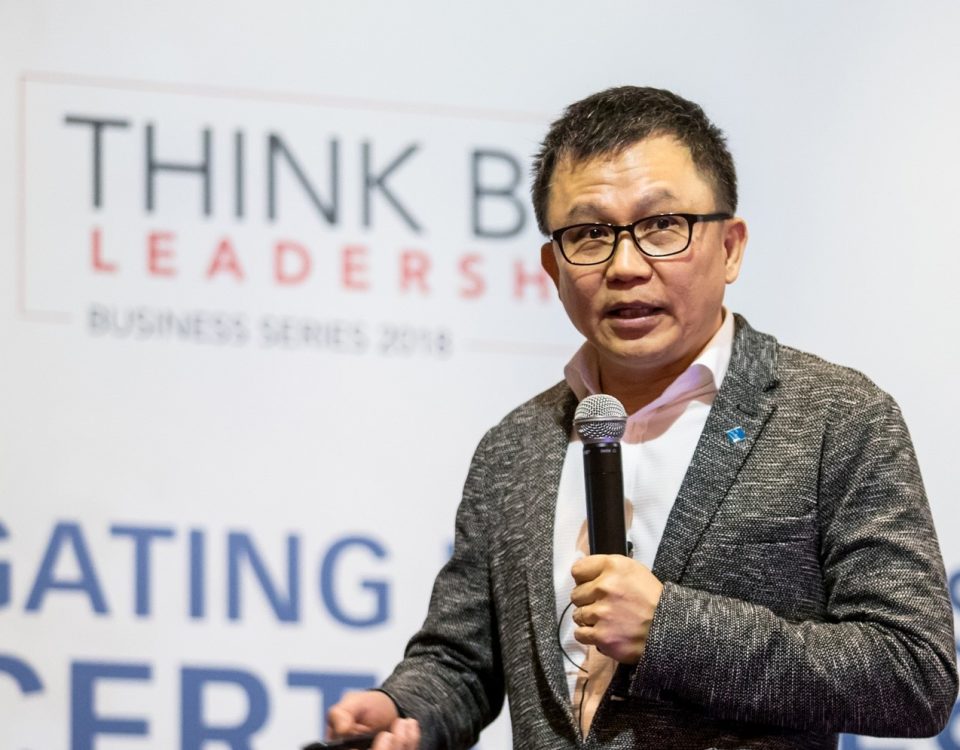